SuperDyma is an advanced type of hot-dip galvanized steel sheet with specialized coating. Its coating formulation is made up of about 86% zinc (Zn), 11% aluminum (Al), 3% magnesium (Mg), and a trace quantity of Silicon (Si). These metal coating compositions produce excellent corrosion resistance on both flat surfaces and cut-end edges.

This steel sheet is widely used for different types of construction that require steel installations. SuperDyma is superior on many levels compared to other types of steel sheets.

Corrosion or rust may be avoided by creating a barrier on the surface of steel iron. This method is also known as surface treatment, wherein coatings are applied to iron in order to inhibit the chemical process of rust formation.

SuperDyma is produced by adding Al, Mg, and Si to its original Zn coating and then relying on the composite effect of these added chemicals to achieve its great corrosion resistance. Once the coating layer is established, a protective film is generated on the surfaces. The corrosion resistance of flat surfaces will depend on the coating quality of this protective film.

Red rust develops at the early step of treatment when the cut-end edges of the metal are exposed. However, the coating around the cut-ends is made up of zinc hydroxide, magnesium hydroxide, and basic zinc chloride, which leeches out to create a tight protective layer.

The formed layer will completely cover the cut-end edge within a few months. Further, the silicon added to this coating helps to speed up the production of the protective film.

To better understand the corrosion resistance mechanism, here is an overview of why corrosion happens in the first place:

What causes steel to rust?

Steel is created by combining carbon and iron at extremely high temperatures (above 2600°F). Pig iron is a melted down iron from ore that consists of greater carbon required for steel production. Pig iron is used in primary steelmaking.

The common hot-dip zinc-coated steel sheets also form a protective layer; however, it is rough in structure. This is why moisture and oxygen can still penetrate through the layer, leading to corrosion development. On the other hand, SuperDyma’s steel sheets are coated with a thick protective film on the surface allowing a more stabilized corrosion behavior.

The passivated coating that develops on stainless steel’s surface provides good corrosion resistance; however, it has the drawback of being susceptible to salt corrosion. Meanwhile, the protective coating of SuperDyma’s surface protects it against salt damage. SuperDyma is significantly superior in situations where “red rust resistance” is critical.

Aluminum also offers a corrosion-resistant quality from the formed protective film on its surface. Galvalume steel sheet with a layer of 55% aluminum also displays equal efficacy. The downside is that alkali resistance is a problem for aluminum.

Galvalume steel sheets erode fast in an alkaline environment with a high pH, while SuperDyma is less susceptible to corrosion, remains almost intact, and maintains its excellent quality in alkaline settings.

Ordinary metallic-coated steel sheets exhibit fast corrosion over a duration of 100 hours when immersed in an alkaline solution with a strong pH level of 12.5. On the other hand, SuperDyma remains stable and maintains minimal corrosion after 300 hours.

SuperDyma possesses superb qualities ensuring that the steel products are of high quality even with reduced cost.

SuperDyma has excellent coating adhesion and can endure rigorous fabrication procedures. The coating is firm, so it also provides outstanding scratch resistance. Thus, high-quality finishing with fewer scratches is achieved after steel fabrication.

In terms of value analysis, SuperDyma is remarkable. Manufacturing cost is highly reduced because the after-coating and post-painting process are not required. Faster delivery time is also anticipated. In addition, SuperDyma can be used to replace stainless and aluminum steel products. 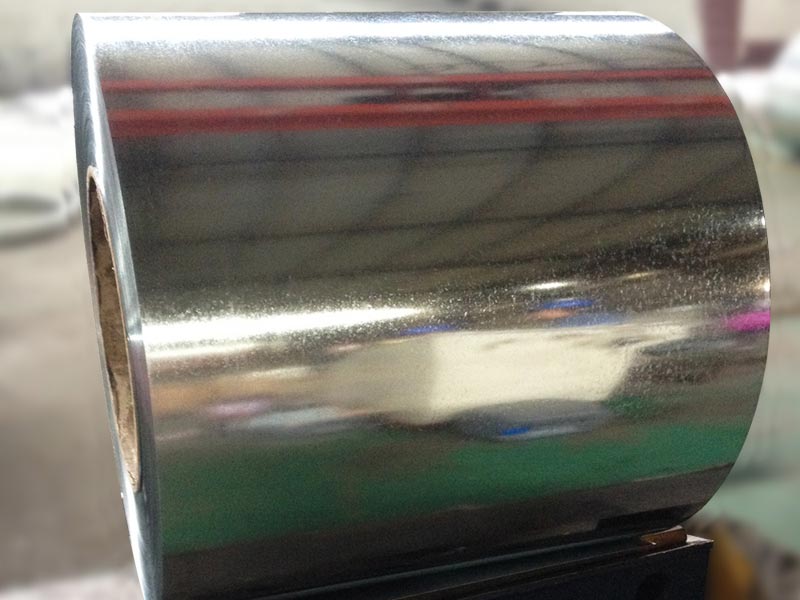